Controlling swarms of robots with a finger 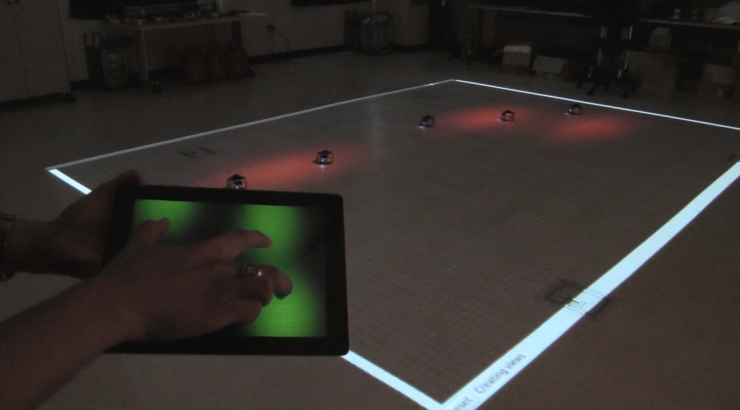 (May 12, 2015)  Using a smart tablet and a red beam of light, Georgia Institute of Technology researchers have created a system that allows people to control a fleet of robots with the swipe of a finger. A person taps the tablet to control where the beam of light appears on a floor. The swarm robots then roll toward the illumination, constantly communicating with each other and deciding how to evenly cover the lit area. When the person swipes the tablet to drag the light across the floor, the robots follow. If the operator puts two fingers in different locations on the tablet, the machines will split into teams and repeat the process.