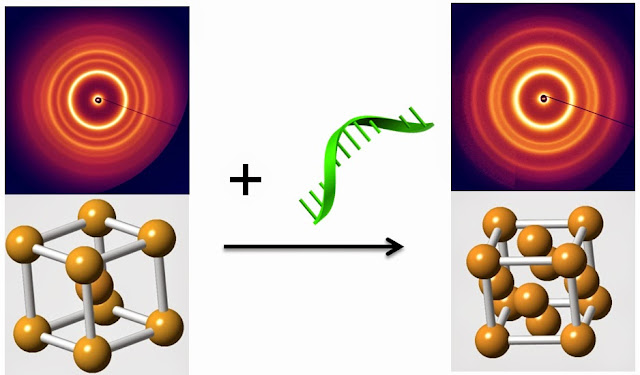 (May 25, 2015)  Scientists at the U.S. Department of Energy's Brookhaven National Laboratory have just taken a big step toward the goal of engineering dynamic nanomaterials whose structure and associated properties can be switched on demand. In a paper appearing in Nature Materials, they describe a way to selectively rearrange the nanoparticles in three-dimensional arrays to produce different configurations, or phases, from the same nano-components.

"One of the goals in nanoparticle self-assembly has been to create structures by design," said Oleg Gang, who led the work at Brookhaven's Center for Functional Nanomaterials (CFN), a DOE Office of Science User Facility. "Until now, most of the structures we've built have been static.  Now we are trying to achieve an even more ambitious goal: making materials that can transform so we can take advantage of properties that emerge with the particles' rearrangements."