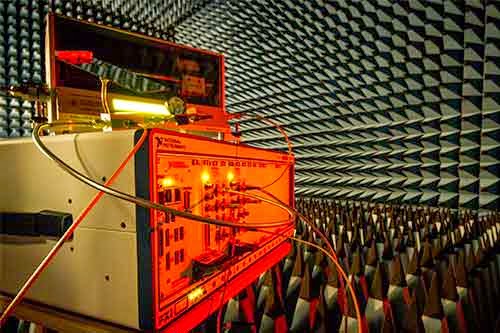 (May 20, 2015)  Radio systems, such as mobile phones and wireless internet connections, have become an integral part of modern life. However, today’s devices use twice as much of the radio spectrum as is necessary. New technology is being developed that could fundamentally change radio design and could increase data rates and network capacity, reduce power consumption, create cheaper devices and enable global roaming.

A pioneering team of researchers from the University of Bristol's Communication Systems and Networks research group, have developed a new technique that can estimate and cancel out the interference from one’s own transmission, allowing a radio device to transmit and receive on the same channel at the same time. This therefore requires only one channel for two-way communication, using half as much spectrum compared to the current technology.