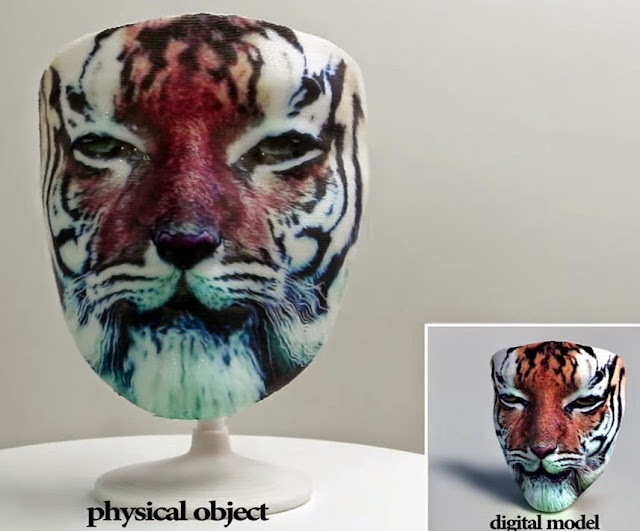 (May 22, 2015)  Working with researchers at Zhejiang University in China, Changxi Zheng, assistant professor of computer science at Columbia Engineering, has developed a technique that enables hydrographic printing, a widely used industrial method for transferring color inks on a thin film to the surface of manufactured 3D objects, to color these surfaces with the most precise alignment ever attained. Using a new computational method they developed to simulate the printing process, Zheng and his team have designed a model that predicts color film distortion during hydrographic immersion, and uses it to generate a colored film that guarantees exact alignment of the surface textures to the object. The research will be presented at SIGGRAPH 2015, August 9 to 13, in Los Angeles.

“Attaining precise alignment of the color texture onto the surface of an object with a complex surface, whether it’s a motorcycle helmet or a 3D-printed gadget, has been almost impossible in hydrographic printing until now,” says Zheng. “By incorporating—for the first time—a computational model into the traditional hydrographic printing process, we’ve made it easy for anyone to physically decorate 3D surfaces with their own customized color textures.”