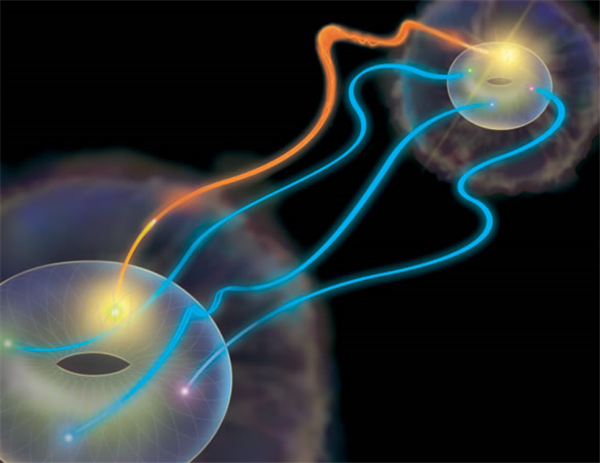 (May 28, 2015)  Putting a hole in the center of the donut—a mid-nineteenth-century invention—allows the deep-fried pastry to cook evenly, inside and out. As it turns out, the hole in the center of the donut also holds answers for a type of more efficient and reliable quantum information teleportation, a critical goal for quantum information science.

Quantum teleportation is a method of communicating information from one location to another without moving the physical matter to which the information is attached. Instead, the sender (Alice) and the receiver (Bob) share a pair of entangled elementary particles—in this experiment, photons, the smallest units of light—that transmit information through their shared quantum state. In simplified terms, Alice encodes information in the form of the quantum state of her photon. She then sends a key to Bob over traditional communication channels, indicating what operation he must perform on his photon to prepare the same quantum state, thus teleporting the information.