Archerfish get an eye test 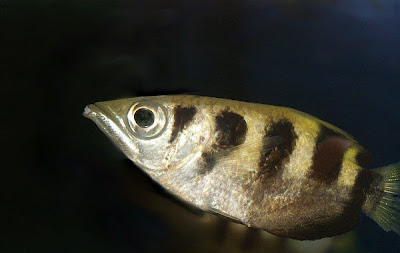 A modified version of an eye test used to assess visual acuity in the military has been given to archerfish by scientists to help explain how these remarkable fish are able to accurately spit down tiny insects high above the water’s surface.

The researchers first trained the fish to spit at one of two letters – an ‘O’ or a ‘C’ – by rewarding them with food.  Then they showed them small versions of both letters together and recorded which letter they spat at.

Dr Temple said: "This modified Landolt C test works because the only difference between the two letters is the gap in the ‘C’ so in order to tell the difference and spit at the right target to get their reward the fish must be able to resolve the gap."