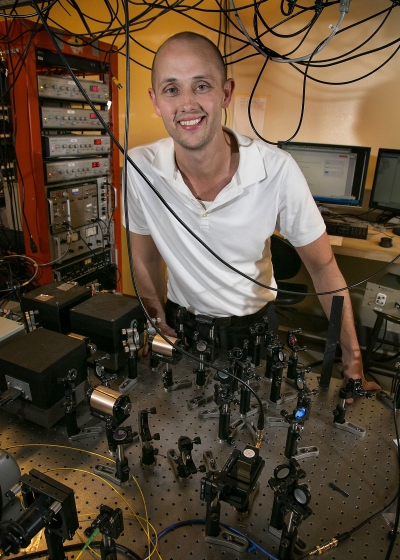 The next generation of computers promises far greater power and faster processing speeds than today's silicon-based based machines. These "quantum computers" — so called because they would harness the unique quantum mechanical properties of atomic particles — could draw their computing power from a collection of super-cooled molecules.

But chilling molecules to a fraction of a degree above absolute zero, the temperature at which they can be manipulated to store and transmit data, has proven to be a difficult challenge for scientists.
Now, UCLA physicists have pioneered a new technique that combines two traditional atomic cooling technologies and brings normally springy molecules to a frozen standstill. Their research is published March 28 in the journal Nature.