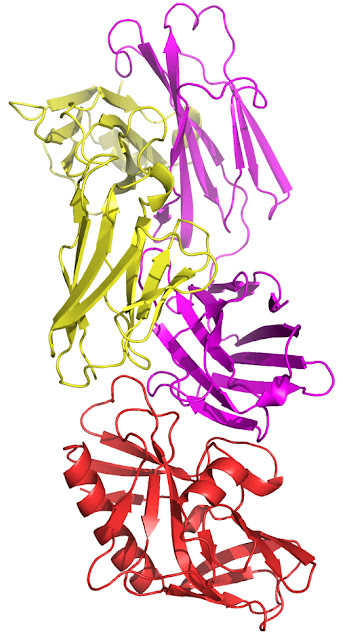 A team led by scientists from The Scripps Research Institute (TSRI) and the International AIDS Vaccine Initiative (IAVI) has unveiled a new technique for vaccine design that could be particularly useful against HIV and other fast-changing viruses.

The report, which appears March 28, 2013, in Science Express, the early online edition of the journal Science, offers a step toward solving what has been one of the central problems of modern vaccine design: how to stimulate the immune system to produce the right kind of antibody response to protect against a wide range of viral strains. The researchers demonstrated their new technique by engineering an immunogen (substance that induces immunity) that has promise to reliably initiate an otherwise rare response effective against many types of HIV.