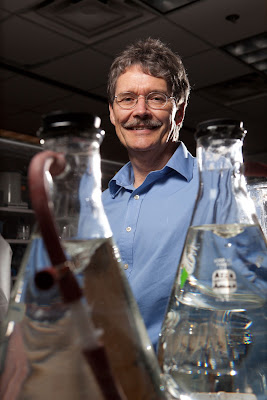 Excess carbon dioxide in the Earth's atmosphere created by the widespread burning of fossil fuels is the major driving force of global climate change, and researchers the world over are looking for new ways to generate power that leaves a smaller carbon footprint.

Now, researchers at the University of Georgia have found a way to transform the carbon dioxide trapped in the atmosphere into useful industrial products. Their discovery may soon lead to the creation of biofuels made directly from the carbon dioxide in the air that is responsible for trapping the sun's rays and raising global temperatures.