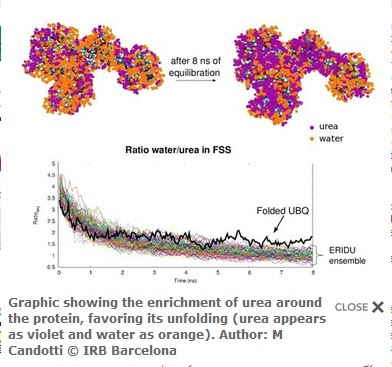 Researchers with the joint program between IRB Barcelona and the Barcelona Supercomputing Center (BSC) have devised a new strategy to study the shape of proteins. This study has been led by Modesto Orozco, head of the Molecular Modeling and Bioinformatics Group, and Xavier Salvatella, head of the Molecular Biophysics Group, both ICREA scientists at IRB Barcelona. According to Orozco, also senior professor of the University of Barcelona and director of the Life Sciences Department at BSC, “by combining computational modeling and experimental physicochemical techniques, we have revealed the structures of proteins, which, until now, were unachievable because of technical barriers”. The results are available from today in the electronic version of the prestigious journal Proceedings of the National Academy of Sciences (PNAS)