The robot is complete – arms and hands for TORO, the walking machine 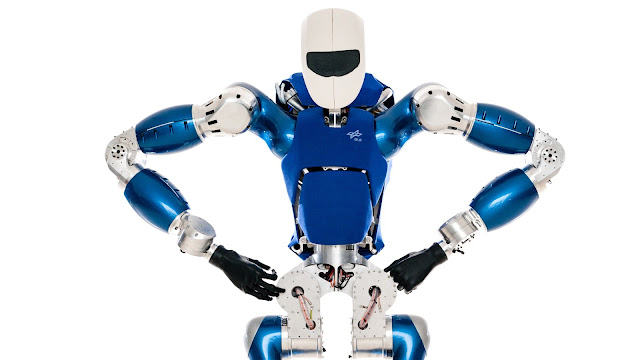 It began in the summer of 2009, with two legs and a camera mounted on top – but it was still far from being a robot of humanoid appearance. Gradually, the TOrque controlled humanoid RObot (TORO), the German Aerospace Center's (Deutsches Zentrum für Luft- und Raumfahrt; DLR) walking machine, has become more human-like – an upper body, a head with camera eyes and arms have been added. TORO is now complete, with forearms and hands with sensors and flexible joints that allow it to respond to its environment with exceptional sensitivity. TORO must now learn, step by step, how to perform simple human actions – climbing stairs or opening doors, for example. "Now that the robotic body is complete, we can test processes where the robot carries out sequences of movements with foresight and fluency," explains Project Manager Christian Ott.