Do Ants Need to Estimate the Geometrical Properties of Trail Bifurcations to Find an Efficient Route? A Swarm Robotics Test Bed 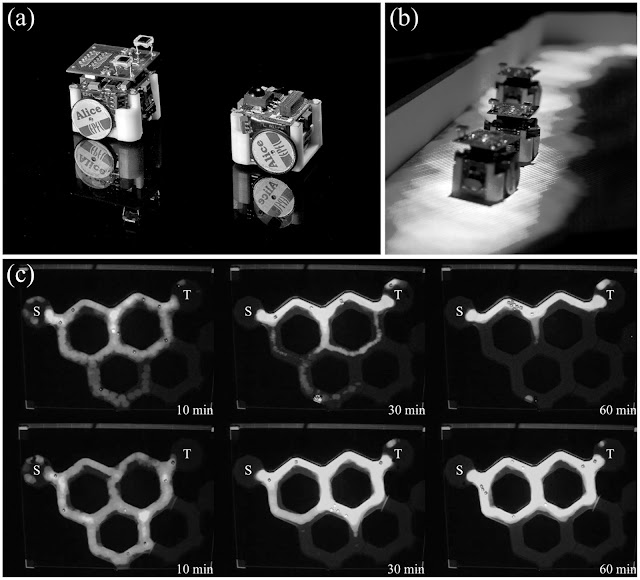 Interactions between individuals and the structure of their environment play a crucial role in shaping self-organized collective behaviors. Recent studies have shown that ants crossing asymmetrical bifurcations in a network of galleries tend to follow the branch that deviates the least from their incoming direction. At the collective level, the combination of this tendency and the pheromone-based recruitment results in a greater likelihood of selecting the shortest path between the colony's nest and a food source in a network containing asymmetrical bifurcations. It was not clear however what the origin of this behavioral bias is. Here we propose that it results from a simple interaction between the behavior of the ants and the geometry of the network, and that it does not require the ability to measure the angle of the bifurcation. We tested this hypothesis using groups of ant-like robots whose perceptual and cognitive abilities can be fully specified.