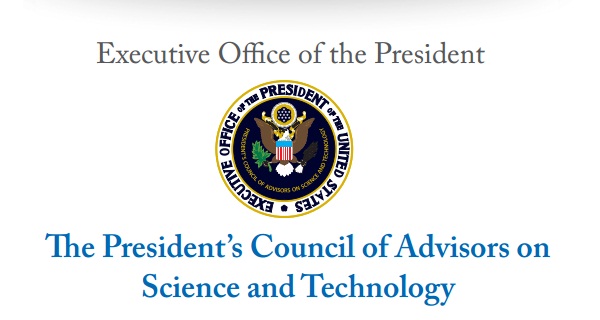 The President’s Council of Advisors on Science and Technology (PCAST) released a letter to President Obama describing six key components the advisory group believes should be central to the Administration’s strategy for addressing climate change. The letter, responding to a request by the President last fall for input, calls for a dual focus on mitigation and adaptation.

President Obama established the current PCAST in 2010 as an advisory group of leading scientists and engineers who directly advise the President and the Executive Office of the President; one of the members serves as the Assistant to the President for Science and Technology (the Science Advisor). PCAST’s charter is to advise the President on matters involving science, technology, and innovation policy, including, but not limited to, policy that affects science, technology, and innovation, as well as scientific and technical information that is needed to inform public policy relating to the economy, energy, environment, public health, national and homeland security, and other topics.