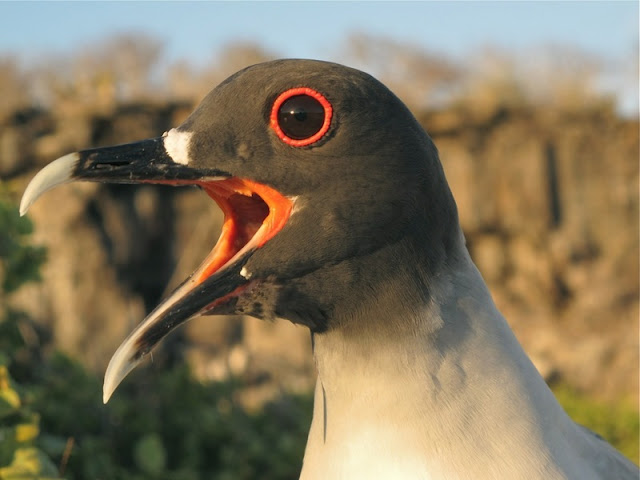 Swallow-tailed gulls hunt most often under a new moon, when fish come to the surface under the cover of darkness

Zooplankton, small fish and squid spend hardly any time at the surface when there's a full moon. To protect themselves from their natural enemies, they hide deeper down in the water on bright nights, coming up to the surface under cover of darkness when there's a new moon instead. Scientists at the Max Planck Institute for Ornithology in Radolfzell discovered that this also influences the behaviour of swallow-tailed gulls (Creagrus furcatus), a unique nocturnal species of gull from the Galapagos Islands. They fitted the birds with loggers and wet/dry sensors which enabled them to see how much time the animals spent at sea at night. Their findings show that the birds' activity was greatest at new moon, in other words the time when the most prey was gathered at the surface of the water. The cycle of the moon therefore also influences the behaviour of seabirds.