Sun block for the "Big Dog" 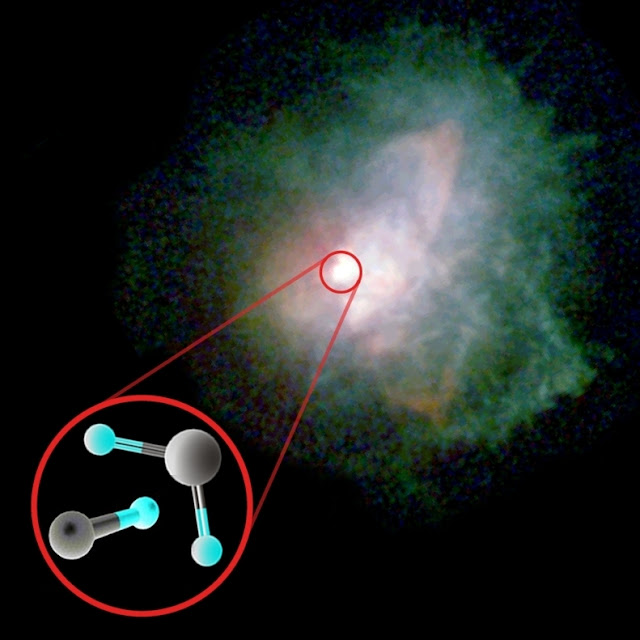 An international team of astronomers, including researchers from the Max Planck Institute for Radio Astronomy and from the University of Cologne, successfully identified two titanium oxides in the extended atmosphere around a giant star. The object VY Canis Major is one of the largest stars in the known universe and close to the end of its life. The detection was made using telescope arrays in the USA and in France.

The discovery was made in the course of a study of a spectacular star, VY Canis Majoris or VY CMa for short, which is a variable star located in the constellation Canis Major (Greater Dog).