a revolutionary shape changing smartphone that curls upon a call 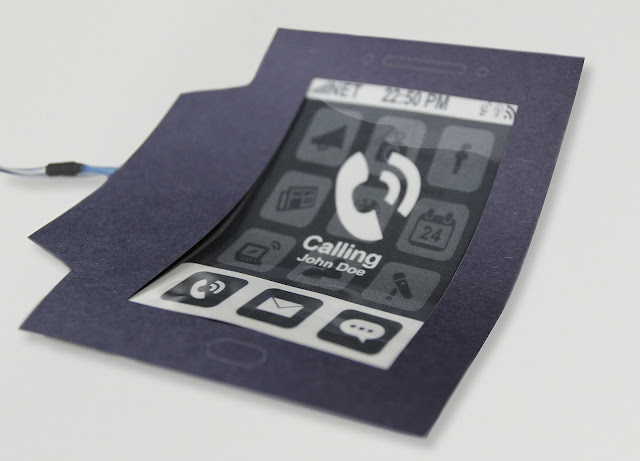 researchers at queen’s university’s human media lab have developed a new smartphone – called morephone – which can morph its shape to give users a silent yet visual cue of an incoming phone call, text message or email.

“this is another step in the direction of radically new interaction techniques afforded by smartphones based on thin film, flexible display technologies” says roel vertegaal (school of computing), director of the human media lab at queen’s university who developed the flexible paperphone and papertab.

“users are familiar with hearing their phone ring or feeling it vibrate in silent mode. one of the problems with current silent forms of notification is that users often miss notifications when not holding their phone. with morephone, they can leave their smartphone on the table and observe visual shape changes when someone is trying to contact them.”