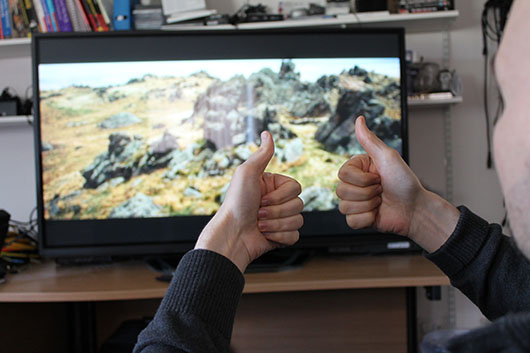 Design-it-yourself gestures may be the key to future computer interfaces.

A team of experts in human-computer interaction at the University of St Andrews have found that gesture-based Natural User Interfaces (used to control televisions, computers and games consoles like the Wii and Xbox 360) just need the personal touch to make them more effective.

A key question for Natural User Interfaces is whether people will be able to remember the many gestures recognised by the devices.