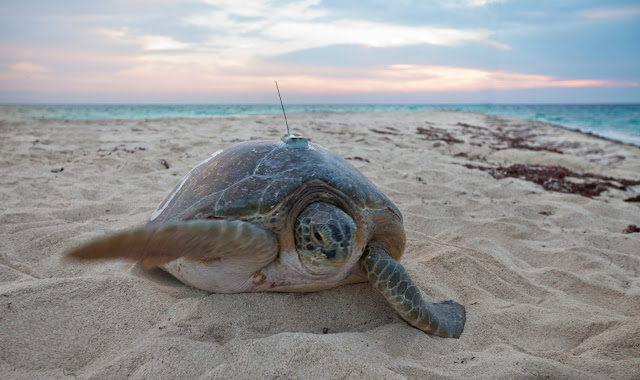 Nesting green sea turtles are benefiting from marine protected areas by using habitats found within their boundaries, according to a U.S. Geological Survey study that is the first to track the federally protected turtles in Dry Tortugas National Park.

Green turtles are listed as endangered in Florida and threatened throughout the rest of their range, and the habits of green sea turtles after their forays to nest on beaches in the Southeast U.S. have long remained a mystery. Until now, it was not clear whether the turtles made use of existing protected areas, and few details were available as to whether they were suited for supporting the green sea turtle’s survival.

U.S. Geological Survey researchers confirmed the turtles' use of the protected areas by tracking nesting turtles with satellite tags and analyzing their movement patterns after they left beaches.