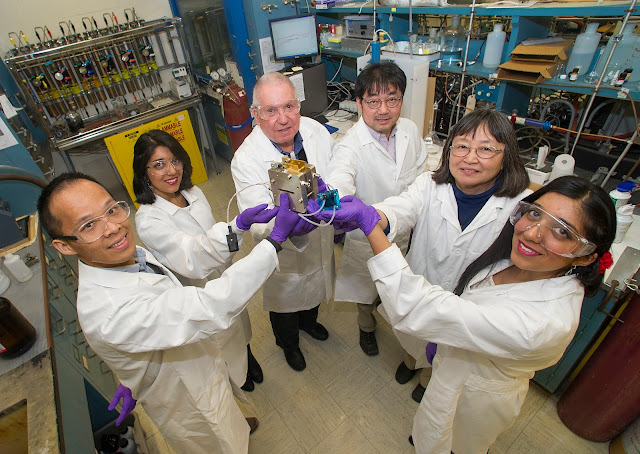 In a paper to be published in an upcoming issue of Energy & Environmental Science (now available online), researchers at the U.S. Department of Energy's Brookhaven National Laboratory describe details of a low-cost, stable, effective catalyst that could replace costly platinum in the production of hydrogen. The catalyst, made from renewable soybeans and abundant molybdenum metal, produces hydrogen in an environmentally friendly, cost-effective manner, potentially increasing the use of this clean energy source.

The research has already garnered widespread recognition for Shilpa and Shweta Iyer, twin-sister high school students who contributed to the research as part of an internship under the guidance of Brookhaven chemist Wei-Fu Chen, supported by projects led by James Muckerman, Etsuko Fujita, and Kotaro Sasaki.