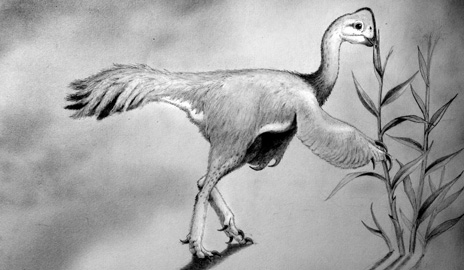 A recently identified feathered dinosaur found deep in West Texas reinforces an emerging view that creatures like it were more diverse and widespread in North America than previously thought, according to a new study.

The species — a turkey-sized herbivore called Leptorhynchos gaddisi — belongs to a broader group of bird-like dinosaurs characterized by toothless beaks and long, slender claws, said researchers, who analyzed fossils found near Big Bend National Park at a site dating to about 75 million years ago.