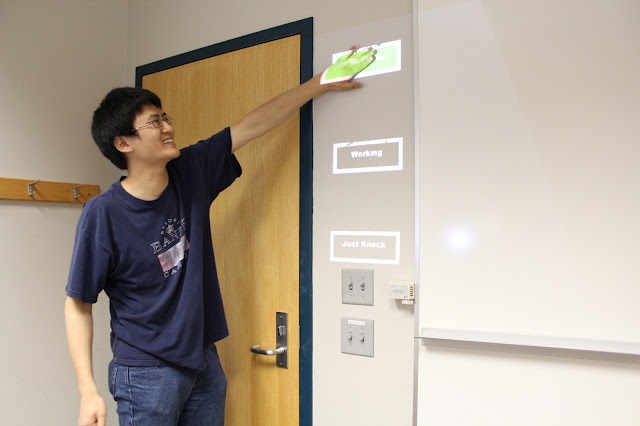 Researchers previously have shown that a depth camera system, such as Kinect, can be combined with a projector to turn almost any surface into a touchscreen. But now researchers at Carnegie Mellon University have demonstrated how these touch-based interfaces can be created almost at will, with the wave of a hand.

CMU's WorldKit system enables someone to rub the arm of a sofa to "paint" a remote control for her TV or swipe a hand across an office door to post his calendar from which subsequent users can "pull down" an extended version. These ad hoc interfaces can be moved, modified or deleted with similar gestures, making them highly personalized.