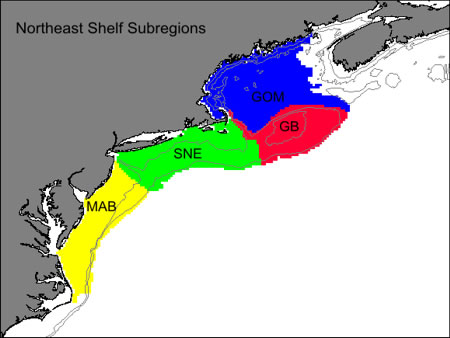 The advisory reports on conditions in the second half of 2012.

Sea surface temperature for the Northeast Shelf Ecosystem reached a record high of 14 degrees Celsius (57.2°F) in 2012, exceeding the previous record high in 1951. Average SST has typically been lower than 12.4 C (54.3 F) over the past three decades.