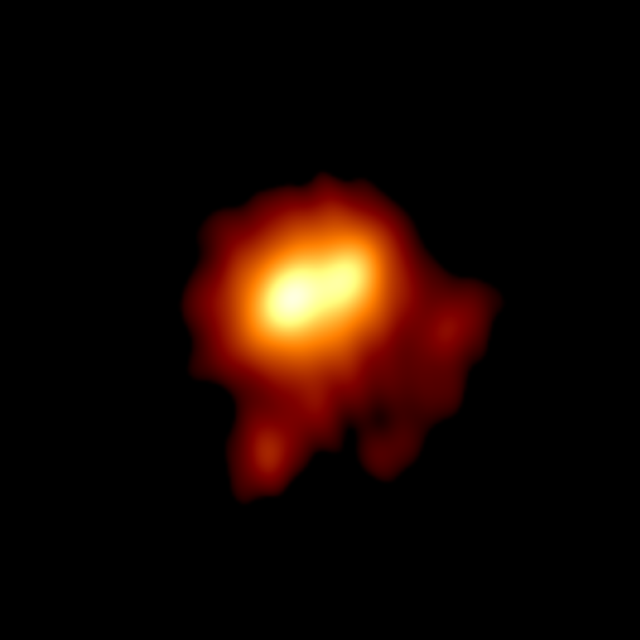 Astronomers have released a new image of the outer atmosphere of Betelgeuse – one of the nearest red supergiants to Earth – revealing the detailed structure of the matter being thrown off the star.
The new image, taken by the e-MERLIN radio telescope array operated from the Jodrell Bank Observatory in Cheshire, also shows regions of surprisingly hot gas in the star’s outer atmosphere and a cooler arc of gas weighing almost as much as the Earth.

Betelgeuse is easily visible to the unaided eye as the bright, red star on the shoulder of Orion the Hunter. The star itself is huge – 1,000 times larger than our Sun – but at a distance of about 650 light years it still appears as a tiny dot in the sky, so special techniques combining telescopes in arrays are required to see details of the star and the region around it.

The new e-MERLIN image of Betelgeuse – published in the journal Monthly Notices of the Royal Astronomical Society, shows its atmosphere extends out to five times the size of the visual surface of the star. It reveals two hot spots within the outer atmosphere and a faint arc of cool gas even farther out beyond the radio surface of the star.