How the brain folds to fit 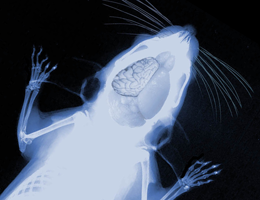 During fetal development of the mammalian brain, the cerebral cortex undergoes a marked expansion in surface area in some species, which is accommodated by folding of the tissue in species with most expanded neuron numbers and surface area. Researchers have now identified a key regulator of this crucial process.

Different regions of the mammalian brain are devoted to the performance of specific tasks. This in turn imposes particular demands on their development and structural organization. In the vertebrate forebrain, for instance, the cerebral cortex – which is responsible for cognitive functions – is remarkably expanded and extensively folded exclusively in mammalian species.