The Earth’s Centre is 1000 Degrees Hotter than Previously Thought 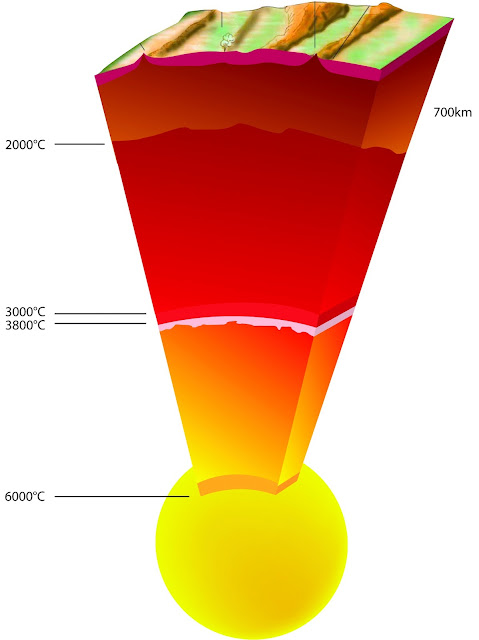 Scientists have determined the temperature near the Earth’s centre to be 6000 degrees Celsius, 1000 degrees hotter than in a previous experiment run 20 years ago. These measurements confirm geophysical models that the temperature difference between the solid core and the mantle above, must be at least 1500 degrees to explain why the Earth has a magnetic field. The scientists were even able to establish why the earlier experiment had produced a lower temperature figure. The results are published on 26 April 2013 in Science.