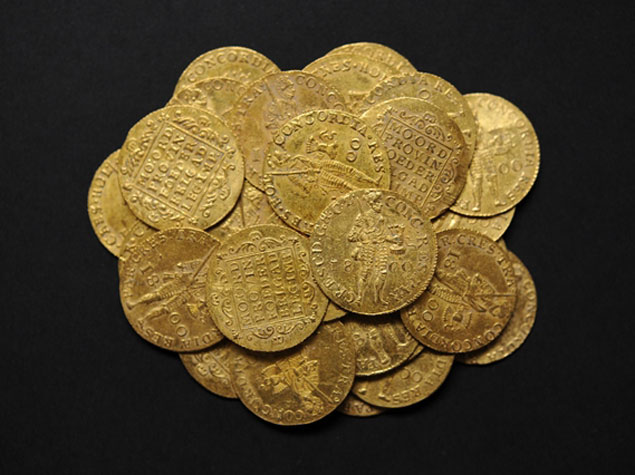 (June 28, 2012)  Chief of Aghsu archeological expedition of the Institute of Archeology and Ethnography of the Azerbaijani National Academy of Sciences Gafar Jabiyev told APA that a treasure consisting of gold coin examples were found during digging work on June 22. Total number of coins is 37. One of them was minted in 1781, one – in 1786, three – in 1787, one – in 1796, 31 – in 1800. All coins are in good condition.

The coins are gold ducats of Dutch production. Alloy of the coins is 986, diameter – 21.8mm, thickness – 1.3mm, legal weight -3.49gr, shape – round, edge – milled. Obverse: Within ornamental square tablet the Latin legend - MO:ORD PROVIN FOEDER BELG.AD LEG.IMP expands to MOneta ORDinum PROVINciarum FOEDERatorum BELGicarum AD LEGem IMPerii which translates as "Coin of government of the provincial federation of Belgium Conforming with the law of the Imperial".