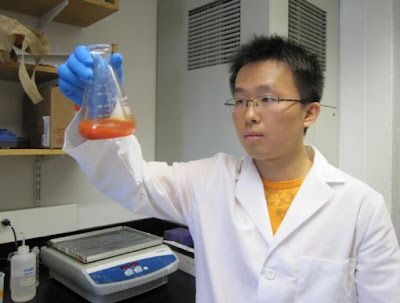 (June 23, 2012)  A coating of selenium nanoparticles significantly reduces the growth of Staphylococcus aureus on polycarbonate, a material common in implanted devices such as catheters and endotracheal tubes, engineers at Brown University report in a new study.

Selenium is an inexpensive element that naturally belongs in the body. It is also known to combat bacteria. Still, it had not been tried as an antibiotic coating on a medical device material. In a new study, Brown University engineers report that when they used selenium nanoparticles to coat polycarbonate, the material of catheters and endotracheal tubes, the results were significant reductions in cultured populations of Staphylococcus aureus bacteria, sometimes by as much as 90 percent.