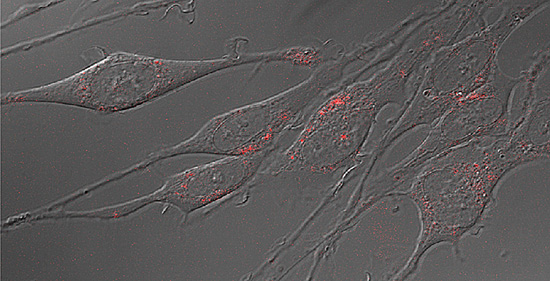 (June 28, 2012)  In a process akin to belling an infinitesimal cat, scientists have managed to tag a protein that regulates the neurotransmitter serotonin with tiny fluorescent beads, allowing them to track the movements of single molecules for the first time.

The capability, which took nearly a decade to achieve, makes it possible to study the dynamics of serotonin regulation at a new level of detail, which is important because of the key role that serotonin plays in the regulation of mood, appetite and sleep.