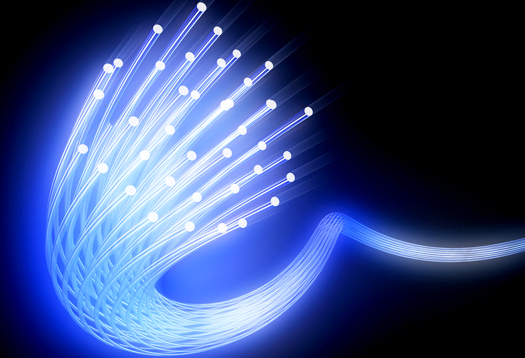 (June 26, 2012)  USC-led team demonstrates that beams of light can be twisted and combined to transmit data at dramatically increased speeds

A multi-national team led by USC with researchers hailing from the U.S., China, Pakistan and Israel has developed a system of transmitting data using twisted beams of light at ultra-high speeds – up to 2.56 terabits per second.

To put that in perspective, broadband cable (which you probably used to download this) supports up to about 30 megabits per second. The twisted-light system transmits more than 85,000 times more data per second.

Their work might be used to build high-speed satellite communication links, short free-space terrestrial links, or potentially be adapted for use in the fiber optic cables that are used by some Internet service providers.