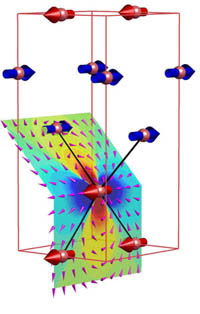 (June 16, 2012)  Scientists have managed to switch on and off the magnetism of a new material using quantum mechanics, making the material a test bed for future quantum devices.

The international team of researchers led from the Laboratory for Quantum Magnetism (LQM) in Switzerland and the London Centre for Nanotechnology (LCN), found that the material, a transparent salt, did not suffer from the usual complications of other real magnets, and exploited the fact that its quantum spins – which are like tiny atomic magnets - interact according to the rules of large bar magnets.