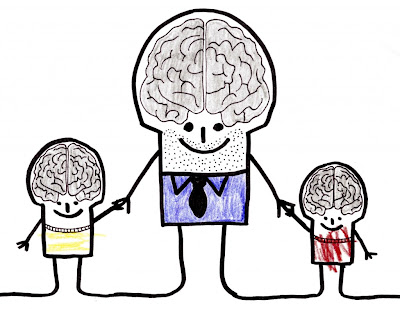 (June 22, 2012)  Sons of fathers with high incomes tend to end up with higher than average incomes themselves, but new research shows that it’s not just dad’s money that helps a son on his way.

According to a study recently published in the Journal of Political Economy, human capital endowments passed from father to son—perhaps in the form of smarts, advice, work ethic, or some other intangible—could be more important to a son’s success than the size of dad’s paycheck.

“We know there’s a correlation between fathers’ income and sons’.” said David Sims, an economics professor at Brigham Young University and one of the study’s authors. “What’s gotten less attention is the mechanism. We wanted to see if the intergenerational income correlation is due to money—what we can buy for our kids—or if human capital attributes passed from father to son play a role as well.”