Wind plants: How loud is too loud? 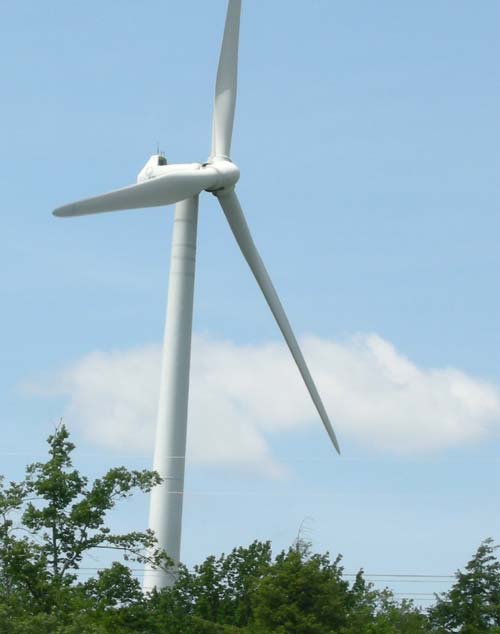 Wind plants: How loud is too loud?

Barely has the ink dried on a Public Service Commission order dismissing a complaint about noise from the Pinnacle wind plant at Keyser than another complaint has been filed.

Gary Ray Braithwaite filed a complaint June 27 seeking to have the Pinnacle Wind Farm at New Page shut down until the noise from it can be stopped.

It was just June 1 when the commission dismissed the case in which Richard Braithwaite — Gary's brother — complained about noise from the plant.

The 55.2-megawatt Pinnacle wind plant, 23 turbines stretched in a line on several miles of Green Mountain ridge alongside Keyser, was commissioned in January 2012.

In February, Richard Braithwaite filed his complaint with the PSC.

"The constant noise of the wind turbines makes it impossible to rest or sleep," according to the complaint filed by Richard Braithwaite, who lives about three-quarters of a mile from the plant.