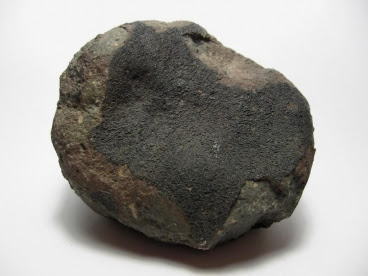 (June 28, 2012)  In 1969, an exploding fireball tore through the sky over Mexico, scattering thousands of pieces of meteorite across the state of Chihuahua. More than 40 years later, the Allende meteorite is still serving the scientific community as a rich source of information about the early stages of our solar system's evolution. Recently, scientists from the California Institute of Technology (Caltech) discovered a new mineral embedded in the space rock—one they believe to be among the oldest minerals formed in the solar system.