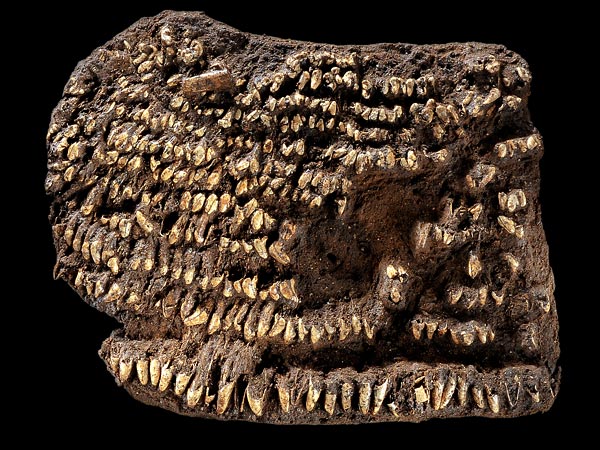 "It seems to have been very fashionable at the time."

(June 28, 2012)  The world's oldest purse may have been found in Germany—and its owner apparently had a sharp sense of Stone Age style.

Excavators at a site near Leipzig (map) uncovered more than a hundred dog teeth arranged close together in a grave dated to between 2,500 and 2,200 B.C.

According to archaeologist Susanne Friederich, the teeth were likely decorations for the outer flap of a handbag.

"Over the years the leather or fabric disappeared, and all that's left is the teeth. They're all pointing in the same direction, so it looks a lot like a modern handbag flap," said Friederich, of the Sachsen-Anhalt State Archaeology and Preservation Office.