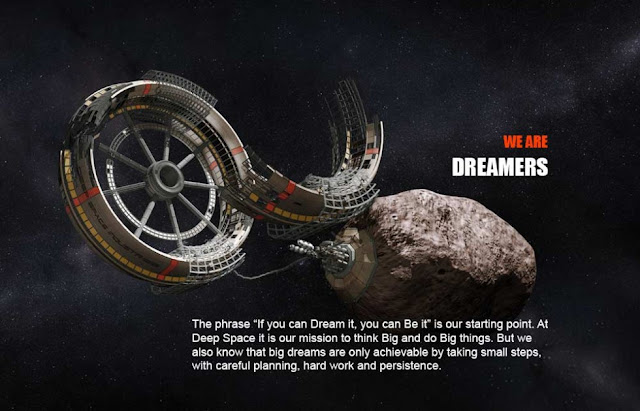 Deep Space Industries announced today that it will send a fleet of asteroid-prospecting spacecraft out into the solar system to hunt for resources to accelerate space development to benefit Earth.  These “FireFly” spacecraft utilize low-cost cubesat components and get discounted delivery to space by ride-sharing on the launch of larger communications satellites.
“This is the first commercial campaign to explore the small asteroids that pass by Earth,” said Deep Space Chairman Rick Tumlinson (who signed up the world’s first space tourist, led the team that took over the Mir space station, was a Founding Trustee of the X Prize, and Founded Orbital Outfitters, the world’s first commercial space suit company.) “Using low cost technologies, and combining the legacy of our space program with the innovation of today’s young high tech geniuses, we will do things that would have been impossible just a few years ago.”