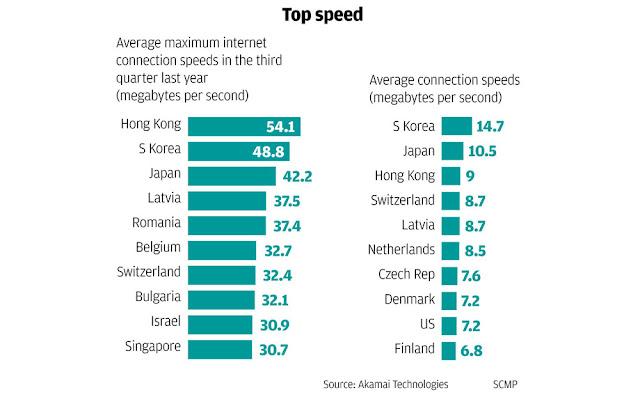 Want the high definition version of the movie Battleship? It could be yours in about four minutes, at the peak broadband internet speed enjoyed in Hong Kong - the fastest in the world.

The top recorded speed of 54.1 megabits per second was documented in Hong Kong in the third quarter of 2012, according to the State of the Internet report issued by Akamai Technologies yesterday.

No country previously had gone beyond 50 Mbps.