Drinking toilet water: The science (and psychology) of wastewater recycling 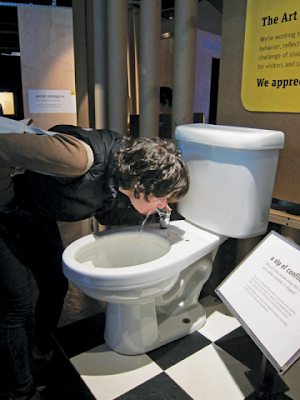 Would you drink water that came from a toilet? The imagery isn’t appealing. Even knowing that the water, once treated, may be cleaner than what comes out of most faucets, many people are disgusted by the idea. But in places like Singapore and Namibia, limited supplies of freshwater are being augmented by adding highly treated wastewater to their drinking water. As climate change and population growth strain freshwater resources, such strategies are likely to become more common around the world, and in the United States.