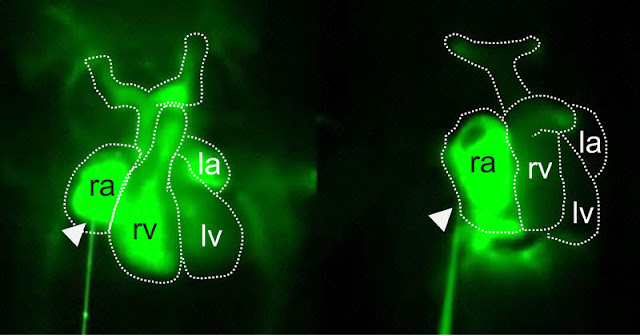 Many different tissues and organs form from pluripotent stem cells during embryonic development. To date it had been known that these processes are controlled by transcription factors for specific tissues. Scientists from the Max Planck Institute for Molecular Genetics in Berlin, in collaboration with colleagues at MIT and the Broad Institute in Boston, have now been able to demonstrate that RNA molecules, which do not act as templates for protein synthesis, participate in these processes as well. The scientists knocked down a gene for long non-coding RNA molecules (lncRNA) and thereby disrupted the development of the heart to an extent that was lethal to the embryos. Genesis of the ventral body wall was also impaired. It became apparent that the lncRNA participates in controlling transcription factors that themselves are responsible for controlling tissue- and organogenesis. The lncRNA itself thus acts as a modulating factor in these processes.