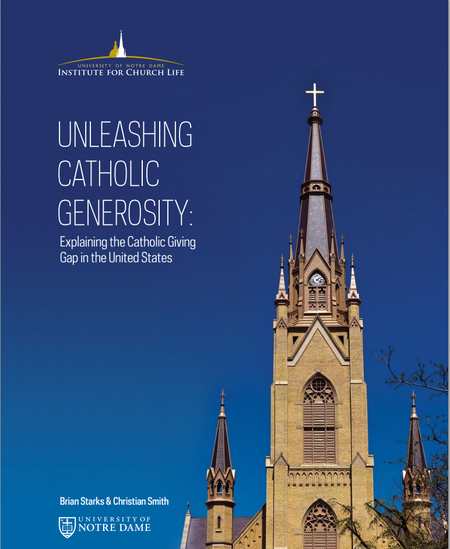 Catholics are less generous than other American Christians, according to a study recently published by the University of Notre Dame’s Catholic Social and Pastoral Research Initiative (CSPRI).

“Unleashing Catholic Generosity: Explaining the Catholic Giving Gap in the United States,” by Brian Starks, director of CSPRI, and Christian Smith, William R. Kenan Jr. Professor of Sociology at Notre Dame, compares the religious giving of Catholics with that of other religious communities in America and concludes that Catholics, on average, give less than other Christians.