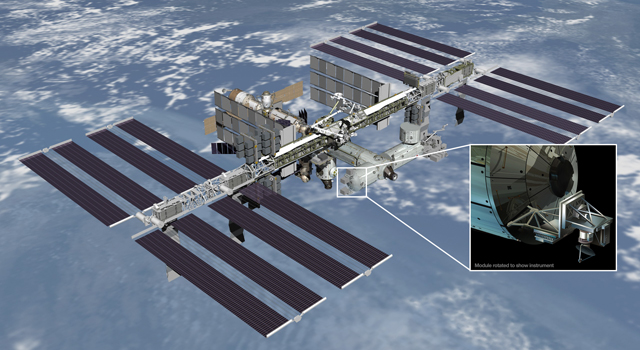 In a clever reuse of hardware originally built to test parts of NASA's QuikScat satellite, the agency will launch the ISS-RapidScat instrument to the International Space Station in 2014 to measure ocean surface wind speed and direction.

The ISS-RapidScat instrument will help improve weather forecasts, including hurricane monitoring, and understanding of how ocean-atmosphere interactions influence Earth's climate.

"The ability for NASA to quickly reuse this hardware and launch it to the space station is a great example of a low-cost approach that will have high benefits to science and life here on Earth," said Mike Suffredini, NASA's International Space Station program manager.