IMP Scientists shed light on the “dark matter” of DNA 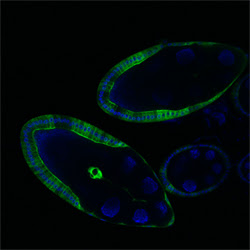 In each cell, thousands of regulatory regions control which genes are active at any time. Scientists at the Research Institute of Molecular Pathology (IMP) in Vienna have developed a method that reliably detects these regions and measures their activity. The new technology is published online by Science this week.

Genome sequences store the information about an organism’s development in the DNA’s four-letter alphabet. Genes carry the instruction for proteins, which are the building blocks of our bodies. However, genes make up only a minority of the entire genome sequence – roughly two percent in humans. The remainder was once dismissed as “junk”, mostly because its function remained elusive. “Dark matter” might be more appropriate, but gradually light is being shed on this part of the genome, too.