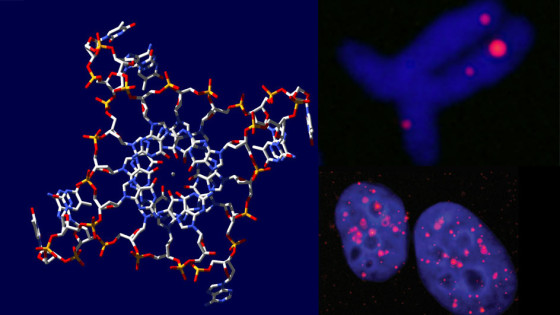 Discovery opens up possibilities for a new generation of targeted therapies for cancer.

In 1953, Cambridge researchers Watson and Crick published a paper describing the interweaving ‘double helix’ DNA structure – the chemical code for all life.

Now, in the year of that scientific landmark’s 60th Anniversary, Cambridge researchers have published a paper proving that four-stranded ‘quadruple helix’ DNA structures – known as G-quadruplexes – also exist within the human genome. They form in regions of DNA that are rich in the building block guanine, usually abbreviated to ‘G’.