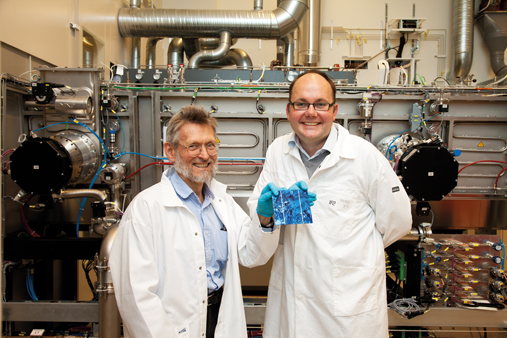 In five to seven years, solar cells will have become much cheaper and only one-twentieth as thick as current solar cells. The trick is to deceive the sunlight with microbeads.

Nanoscientists are currently developing the next generation of solar cells, which will be twenty times thinner than current solar cells.

Over 90 per cent of the current electricity generated by solar panels is made by silicon plates that are 200 micrometres thick. Several billion of these are produced every year. The problem is the large consumption of silicon: five grams per watt.

Though silicon is one of the most common elements on earth, pure silicon does not exist in nature. Silicon binds readily to other elements. In order for solar cells to function, the silicon plate must consist of at minimum 99,9999 per cent silicon. You read that right: if the solar cell consists of more than one millionth other materials, it does not work.