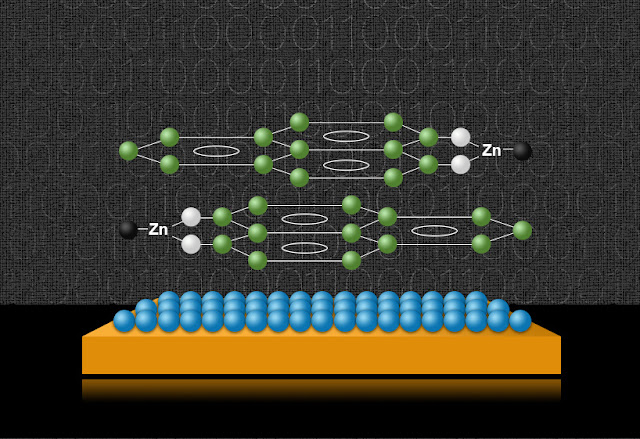 An international team of researchers demonstrates the possibility of molecular memory near room temperature.

Moore’s law — the well-known doubling of computer chips’ computational power every 18 months or so — has been paced by a similarly steady increase in the storage capacity of disk drives. In 1980, a hard drive could store about a half-megabyte of data in a square inch of disk space; now, manufacturers are closing in on a million megabytes of data per square inch.

An experimental technology called molecular memory, which would store data in individual molecules, promises another 1,000-fold increase in storage density. But previous schemes for molecular memory have relied on physical systems cooled to near absolute zero. In the Jan. 23 online edition of Nature, an international team of researchers led by Jagadeesh Moodera, a senior research scientist in the MIT Department of Physics and at MIT’s Francis Bitter Magnet Laboratory, describes a new molecular-memory scheme that works at around the freezing point of water — which in physics parlance counts as “room temperature.”