The benefits of social grooming 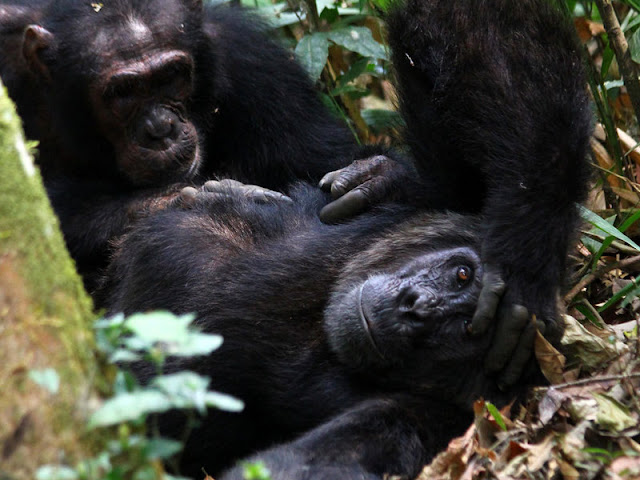 Animals which maintain cooperative relationships show gains in longevity and offspring survival. However, little is known about the cognitive or hormonal mechanisms involved in cooperation. Researchers of the Max Planck Institute for Evolutionary Anthropology in Leipzig, Germany, have now found that cooperative relationships are facilitated by an endocrinological mechanism involving the hormone oxytocin, even when these are between non-kin. They collected urine samples of 33 chimpanzees from Budongo Forest, Uganda, and measured their urinary oxytocin levels after single episodes of a specific cooperative behaviour, mutual grooming. The result: Oxytocin levels were higher after grooming with cooperation partners compared with non-cooperation partners or after no grooming, regardless of genetic relatedness or sexual interest. This suggests that in chimpanzees oxytocin, which acts directly on neural reward and social memory systems, plays a key role maintaining social relations beyond genetic ties and in keeping track of social interactions with multiple individuals over time.