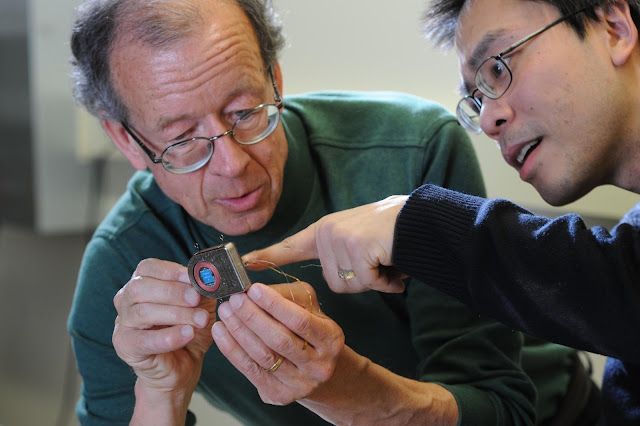 A team of neuroengineers based at Brown University has developed a fully implantable and rechargeable wireless brain sensor capable of relaying real-time broadband signals from up to 100 neurons in freely moving subjects. Several copies of the novel low-power device, described in the Journal of Neural Engineering, have been performing well in animal models for more than year, a first in the brain-computer interface field. Brain-computer interfaces coud help people with severe paralysis control devces with their thoughts.

Arto Nurmikko, professor of engineering at Brown University who oversaw the device’s invention, is presenting it this week at the 2013 International Workshop on Clinical Brain-Machine Interface Systems in Houston.