Translation error tracked in the brain of dementia patients 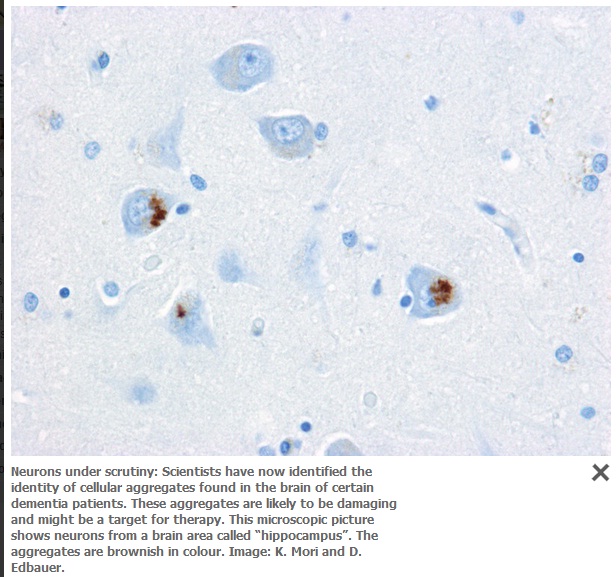 In certain dementias silent areas of the genetic code are translated into highly unusual proteins by mistake. An international team of scientists including researchers from the German Center for Neurodegenerative Diseases (DZNE) in Munich and the Ludwig-Maximilians-Universität (LMU) present this finding in the online edition of “Science”. The proteins that have now been identified shouldn’t actually exist. Nevertheless, they build the core of cellular aggregates whose identity has been enigmatic until now. These aggregates are typically associated with hereditary neurodegenerative diseases including variants of frontotemporal dementia (FTD), also known as frontotemporal lobar degeneration (FTLD), and amyotrophic lateral sclerosis (ALS). They are likely to be damaging and might be a target for therapy.