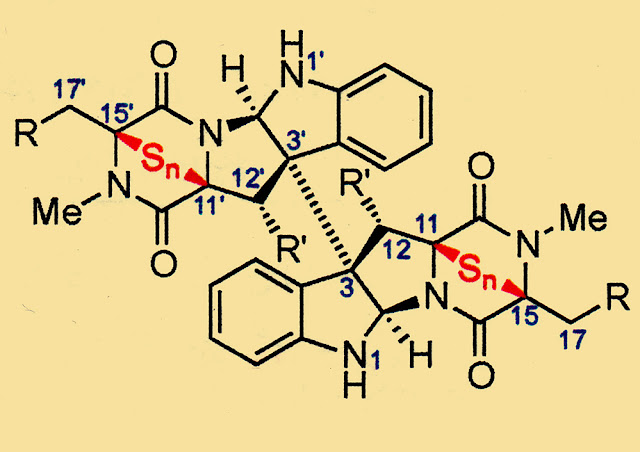 Inspired by a chemical that fungi secrete to defend their territory, MIT chemists have synthesized and tested several dozen compounds that may hold promise as potential cancer drugs.

A few years ago, MIT researchers led by associate professor of chemistry Mohammad Movassaghi became the first to chemically synthesize 11,11’-dideoxyverticillin, a highly complex fungal compound that has shown anti-cancer activity in previous studies. This and related compounds naturally occur in such small amounts that it has been difficult to do a comprehensive study of the relationship between the compound’s structure and its activity — research that could aid drug development, Movassaghi says.