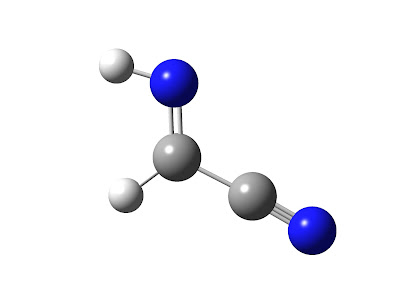 Using new technology at the telescope and in laboratories, researchers have discovered an important pair of prebiotic molecules in interstellar space. The discoveries indicate that some basic chemicals that are key steps on the way to life may have formed on dusty ice grains floating between the stars.

The scientists used the National Science Foundation's Green Bank Telescope (GBT) in West Virginia to study a giant cloud of gas some 25,000 light-years from Earth, near the center of our Milky Way Galaxy. The chemicals they found in that cloud include a molecule thought to be a precursor to a key component of DNA and another that may have a role in the formation of the amino acid alanine.