Stanford researchers develop tool for reading the minds of mice 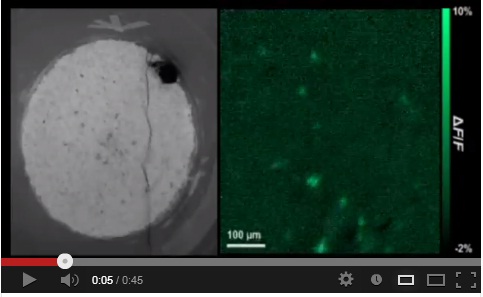 Stanford scientists have developed a system for observing real-time brain activity in a live mouse. The device could prove useful in studying new treatments for neurodegenerative diseases, such as Alzheimer's.

If you want to read a mouse's mind, it takes some fluorescent protein and a tiny microscope implanted in the rodent's head.

Stanford scientists have demonstrated a technique for observing hundreds of neurons firing in the brain of a live mouse, in real time, and have linked that activity to long-term information storage. The unprecedented work could provide a useful tool for studying new therapies for neurodegenerative diseases such as Alzheimer's.